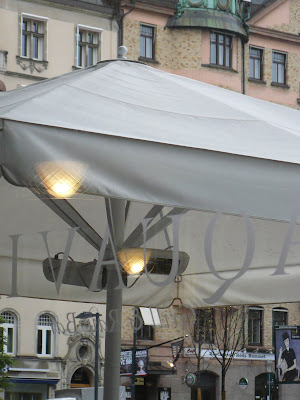 Today the birthday celebration continued. Kind of nice to be able to extend the birthday in this way. I had booked a Sunday brunch at the Aquavit restaurant at hotel Clarion next to the grand central station. This place had gotten good reviews. We had a table booked for noon. They have two Sunday brunch seatings, one at noon and one at 2 pm. The place was really nice. When I have biked home I have passed it every evening and it has always looked very nice. 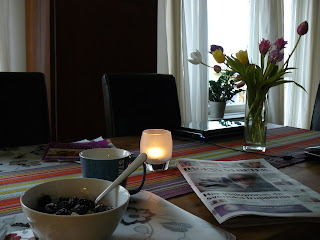 As the brunch was not until noon we still had to have a light breakfast at home in the morining. The weather when we woke up was absolutley disgusting. Light cold rain. The kind of rain that can just seem to go on forever. I prefer rain that pours down when it rains and then passes instead of this kind of rain that parks itself and just goes on and does not stop. It was so dark and murky outside that I decided to light a candle for breakfast. 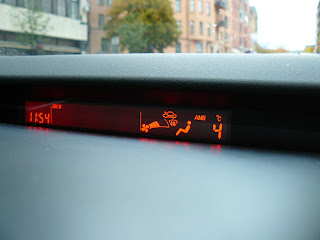 Stockholm really offerd its most charming fall weather ( I am writing this with a large portion of irony). This weather really sucks big time! 4 degrees C and rain. Everything is just cold, gray and wet. It really does not get much worse than this. Well there could be some snow mixed with the rain, that would be the worst. It is just one of those days when you don't want to get up from bed or at least you don't want to step outside. 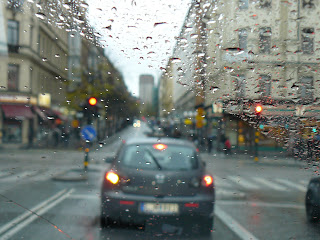 But despite the not so nice weather we were very happy that we at least could take the car and drive our selfs down to the brunch. Now we can drive legally with our car as it passed the inspection on Thursday finally. That is such a great relief. C has put so much hard work and effort into getting the car past this inspection. 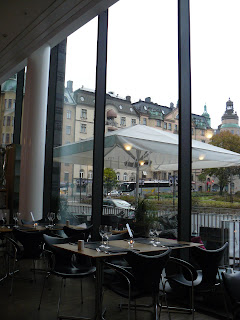 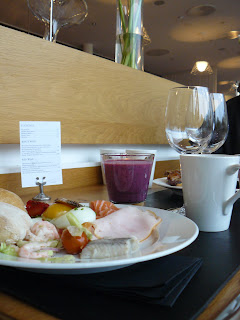 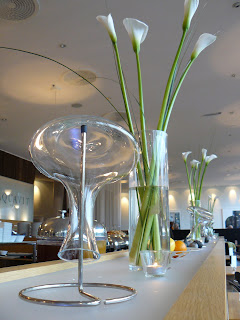 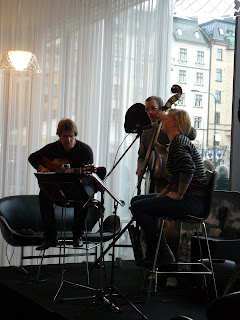 The brunch was super nice. There was even a live band playing some nice lounge music and jazz tunes. The brunch buffé offered a large selection of both warm and cold courses as well as a very yummy dessert selection. Besides tea and coffee there were also two kinds of smoothies and several fruit juices. We left very happy and full.
Yesterday I forgot to show you this very beautiful candle holder (adventsljusstake) that I got from my parents. This is classical Swedish design. I like it a lot. In fact I had been looking at it already the previous year but I decided I would not buy it as we were about to move from Alabama and I just did not want to carry more stuff overseas just to pack it and have to ship it overseas. It was therefor such a coincidence that my parents had bought this particular one that I had wished for. It will be perfect for advent. 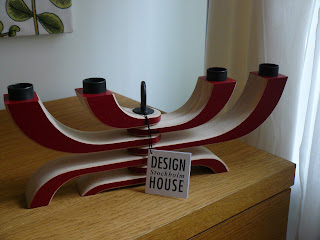 Yesterday we also finished our nice dinner with a carrot cake that I had baked. It turned out very well and tasty. 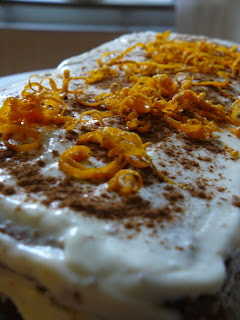 Something else that I bought yesterday was also the glögg (spicy sweet wine that we drink in December here in Sweden). 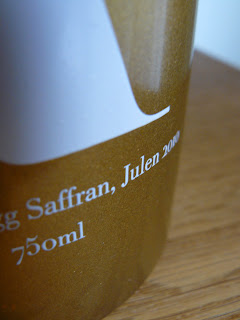 I know it may seem kind of early to buy it already but I figured it could be smart to buy it now and stock up because buying later on could very well mean it would be sold out if I had waited another month. Sure I could still get regular glögg but not this particular one that is the special version for 2010. I fell in love with the bottle that is in gold. This years glögg is spiced with saffron. It can be served both hot or chilled. Since the first snow had already arrived Friday and it is cold and dark outside I kind of already have developed some kind of christmas feeling. Maybe the snow triggered it off ;-)
I actually also lit my big christmas lantern from IKEA yesterday also. Now that it is dark, cold and rainy outside it really makes it cozy to light as much candles as possible. It adds both warmth and coziness. I guess I am ready for christmas already. 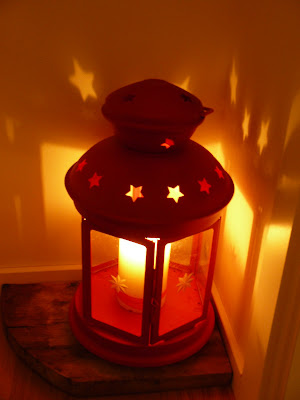