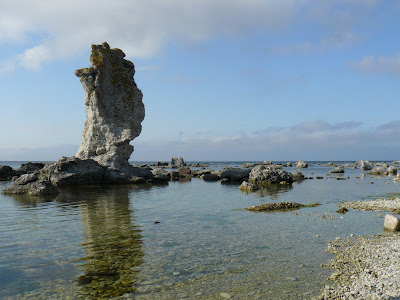 Me and C stayed an extra day on Gotland and we decided to head up to the northern most point. Fårö is a much smaller island that is acessible by a short ferry ride. You just drive on the ferry with your car and the boat ride takes about 5-10 minutes.

I love Fårö, I think this is the most beautiful part of Gotland. This tiny island is also famous for it's limestone formations called Rauks. They have been carved into many different forms and shapes by water and wind. We drove up to the largest Rauk area and saw many of the famous formations standing proudly. It is cool that wind and water can shape stone like this. The most famous ones are named according to their shapes as The Dog, The coffee pot ect. 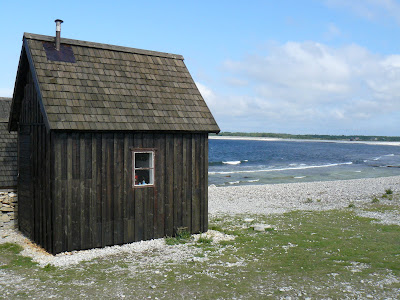 We arrived at this old fishing village with the cutest small sheds. They have been built side by side for protection against the harsh weather and winds coming in from the sea. 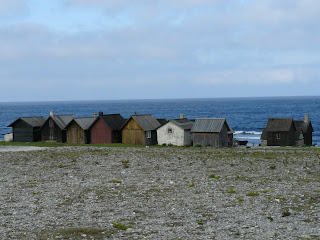 This was once upon a time a very small fishing village. It is amazing that the houses are so well preserved. The entire village consists of these few houses that you see in the picture. It is kind of like it has been thrown out there in the middle of nowhere. 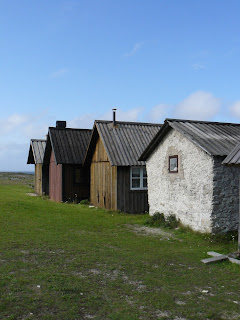 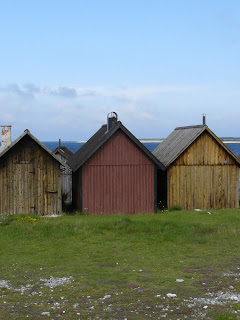 Most of the landscape on Fårö is very open but there are some parts that have quite a dense forest. On the eastern side of this small island is where you find most of the trees and sand dunes. The trees making up the forest are growing on the sand dunes. At the eastern point of Fårö lies the lighthouse as well. We made a short stop there. 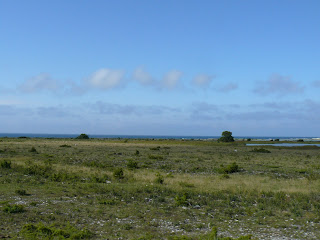 Personally I love this desolate and open and barren landscape. I also love the stony beaches you find here. 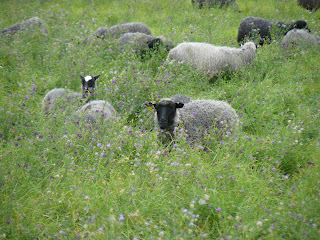 What you also see here as well as on the rest of Gotland are the many fields with sheep. As I mentioned yesterday there are lots of beautiful crafts and sheep skins for sale. Lamb is also one found in many of the famous dishes served here on Gotland. 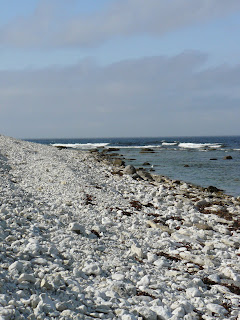 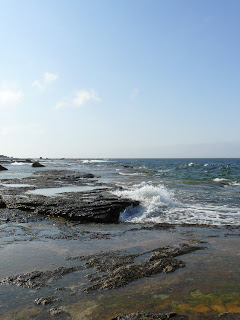 Splashing waves crashing against the shore. There is something very special about the white stony beaches here. This part of Gotland seems very remote and peaceful and I guess that is why I love it so much. On most beaches you can walk around stooping forward in search of shells here you can do the same but in search of fossils. 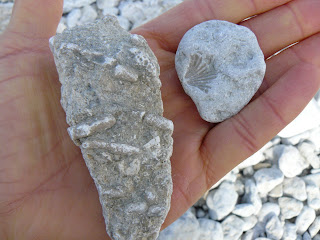 You can find plenty of fossils on the beach here. Gotland was once upon a time surrounded by a coral reef when the island was located by the equator before the continental plates started their migration and Gotland moved to the more northern latitudes. Here are some that I found as I walked along the beach. 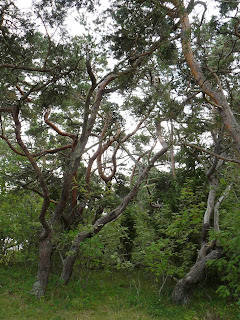 The areas of Fårö covered with a dense forest is also unique in many ways. The trees are quite small and short. They are also twisted and bent as the rugged terrain is constantly shaped by the winds from the surrounding sea. 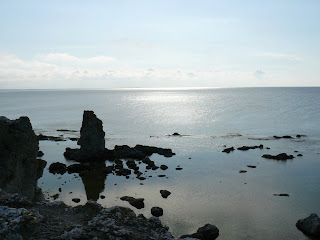 Exploring more of this special Rauk country and landscape. 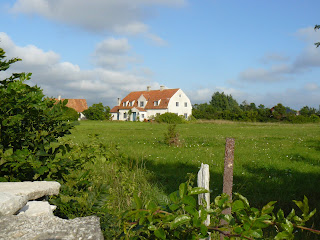 You see plenty of white stone houses here. The limestone has been used in many ways here among others to make calcium oxide. 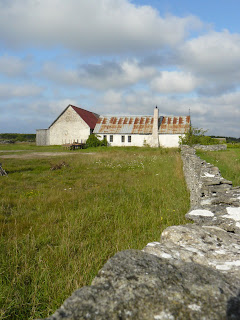 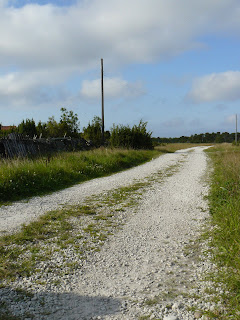 Lonely roads, large open areas and fields. Neat walls built by using the many flat stones that were collected as the fields were prepared for crops and planting once upon a time. 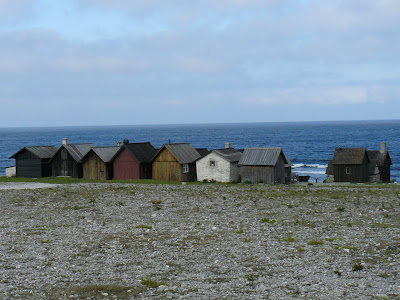 I told C he had to come and see Fårö if being here on Gotland. To me this is the true Gotland. I was here on Fårö and Gotland in 1995 last time and even if I remembered that this was a beautiful place it still amazed me yet again with it's special beauty.

Now we are off heading towards Helsinki, Finland to visit old friends from Alabama. Swedish K married to his American wife G and their little daughter moved to Finland about 6 months before we moved to Sweden. It is going to be fun and great to see them again.
Posted by Desiree at 11:12 AM