Spring has arrived in Stockholm 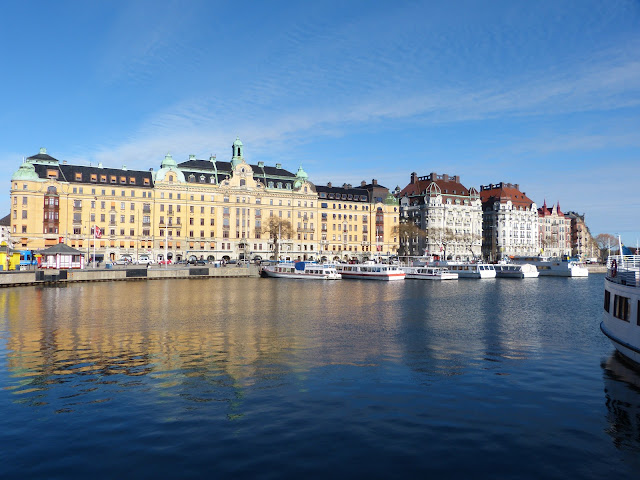 It's been a real nice weekend. Spring did arrive to Stockholm. When I woke up it first did not seem so. Skies where grey and I sort of wondered if that great spring weather that they had promised had gotten delayed but the clouds scattered and the day became this beautiful.

I drove C and his dad to the airport yesterday. They were flying of for a week of skiing in the French Alps. It is a father and son tradition that they have. The love skiing and they enjoy spending some quality time together. So this is what they do. Yes, I am a little bit jealous but not not as much as I would have been if we did not have our own road trip coming up soon. The last couple of weeks have flown by and in about 10 days we are leaving for the California road trip. C will be back Sunday next week and then he will have three days to unpack and re-pack his suit case before we fly off.

Well I had the perfect Sunday. I woke up and decided to start the day by going for a run. At first it felt a little chilly but then the clouds scattered, the sun came out and suddenly I felt spring in the air. That felt great. 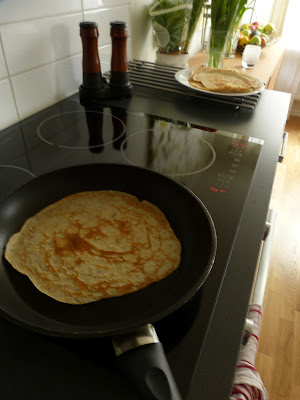 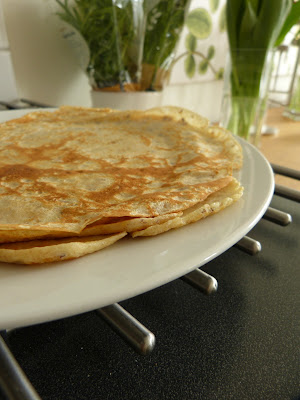 Came home and decided I was worth a treat so I made Swedish pancakes for brunch&breakfast. Even if you always think it takes so much time frying and making them they are always worth it as soon as you take that first bite. After a long nice yummy breakfast I decided to head into the city. 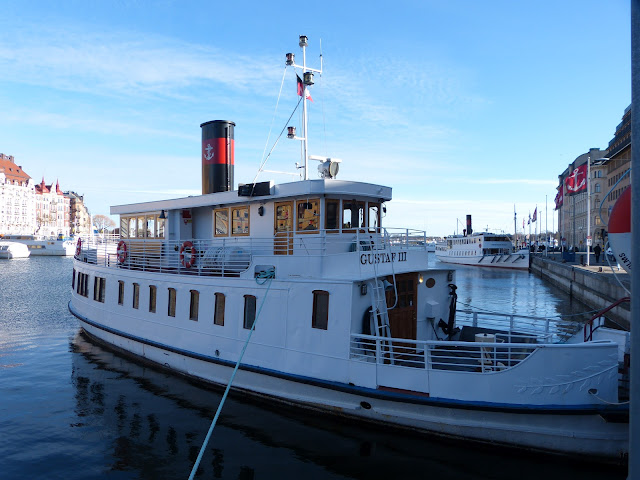 The boats going out to the archipelago are always a pretty sight. 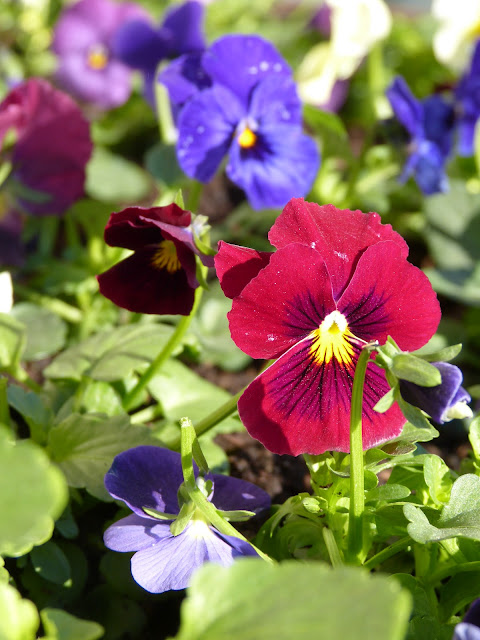 Spring flowers in the sun. 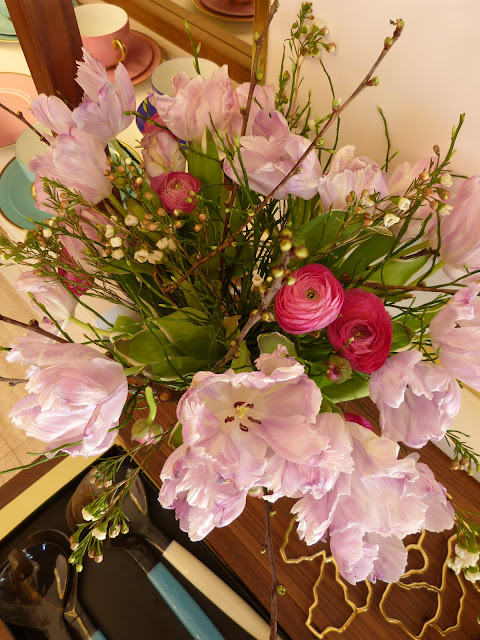 I stopped by Svenskt Tenn. They always have so many beautiful things. Just wish it was less expensive but a peak however does not cost anything. Some pretty flowers in one of their beautiful vases. I actually had to touch the tulips to see if they were fake or real but they were real. Now you can also have a cup of tea here at Svenskt Tenn if you go upstairs. As I was here on my own I decided to have tea another time when going here with some one. 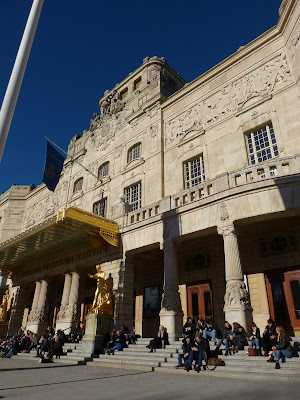 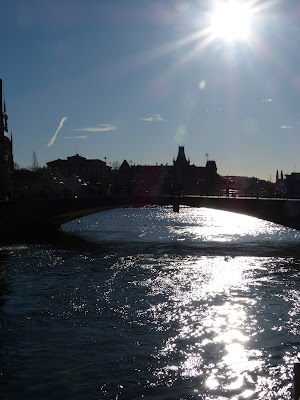 Not just the spring flowers were soaking up the sun rays but also just about every Stockholmer was sitting or walking outside enjoying the sun. There is something so special about these first spring days after those long dark months of winter. 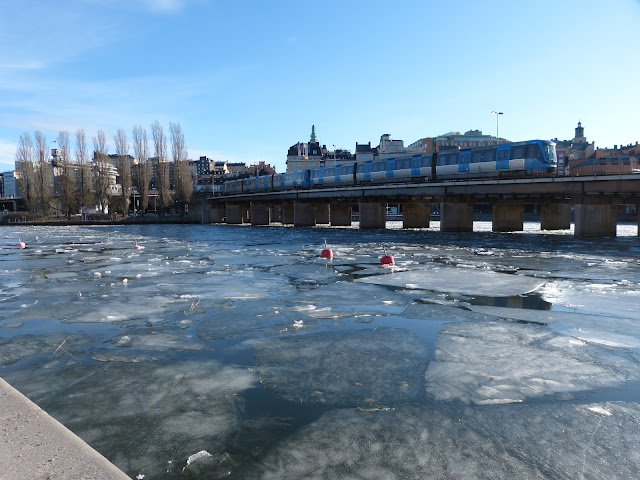 Still there is a little bit of winter left. There are still chunks of ice drifting around. 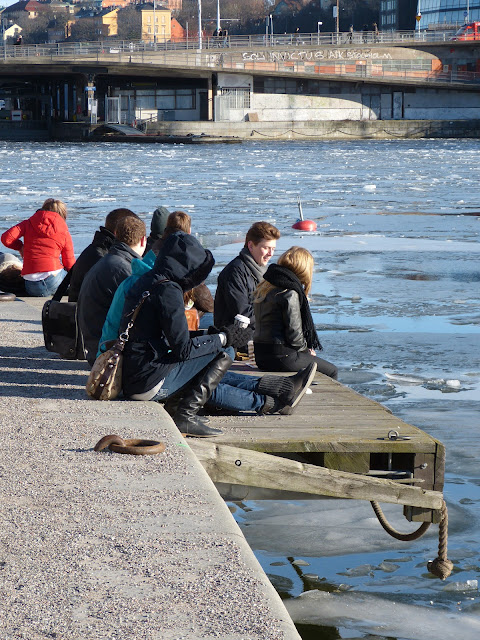 Even if people still are wearing scarfs and gloves spring is officially here now. People take every opportunity they can get to enjoy the sunshine.


I ended my Sunday by going to a movie. I made a sudden decision that I wanted to go and see the movie "The Descendants" with George Cloony. I really liked it. It was funny and also the story was very touching. I am glad I got this sudden idea.


So this week I am on my own. Working weekdays there is hardly time to feel a lone as time is consumed with work, working out and preparing dinner before having a little bit of relaxation time in front of the tv in the evenings. I just realized that I have to pack next weekend as it will be the last weekend before we leave.
Posted by Desiree at 12:07 AM

I thought the exact same thing this weekend! It was like, hi beautiful city, I kind of remember you... ! Though there is still a serious bite in the air...