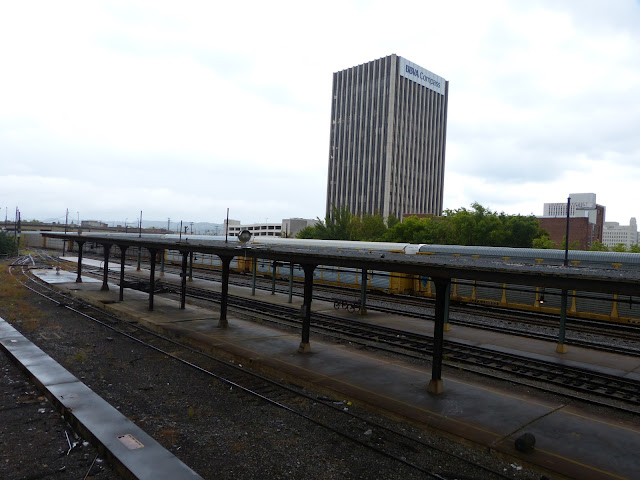 Steel city - Birmingham, Alabama also known asMagic City. One of those old iron and coal cities of the Deep South. The glory days are long gone when the city center was vibrant with life, people and shops. Downtown today feel pretty deserted in both weekends and evenings as there are mostly offices in the downtown area today. During the 1940-1960:ties the city center was alive before people started moving out to the suburbs. Today around 250,000 live in the city but if you add on the suburbs you got about a population of 1 million living in Birmingham. It is not the capital of Alabama (Montgomery is) but it is the largest city of the state. 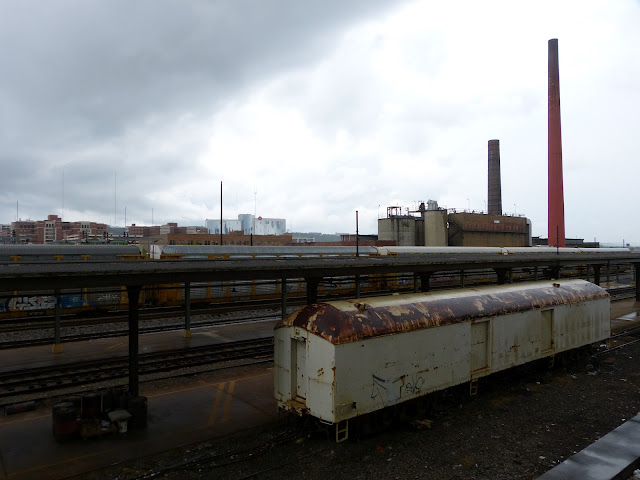 The rail road tacks still pass the city center. Trains and rail road is still something that to me is very much Birmingham, AL. Both in the city and out in the suburb you can almost always hear the sound of a train whistle blown somewhere in the distance. It is interesting how different cities have different sounds but when you start thinking about it you realize that each city does have it's own particular characteristic sound that you often hear there. 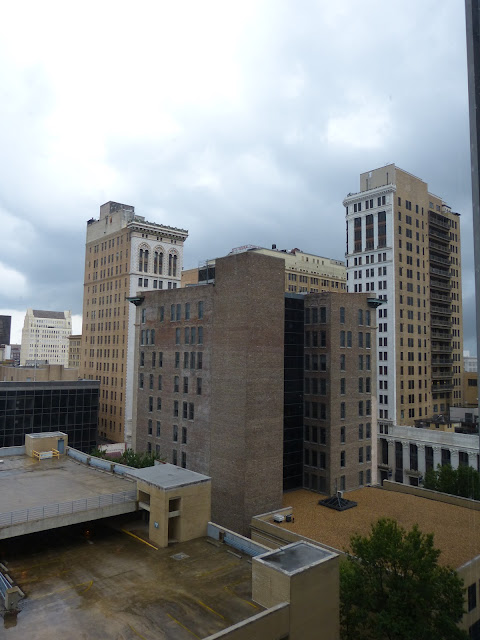 Mike has his office down town and we accompanied him to his office to get something Saturday afternoon. He has a great view over the city from his office as you can see from this picture. Many of the older and historic buildings are still standing proudly but sadly many of them are empty  as well. You see a number of sign saying office space available for rent. 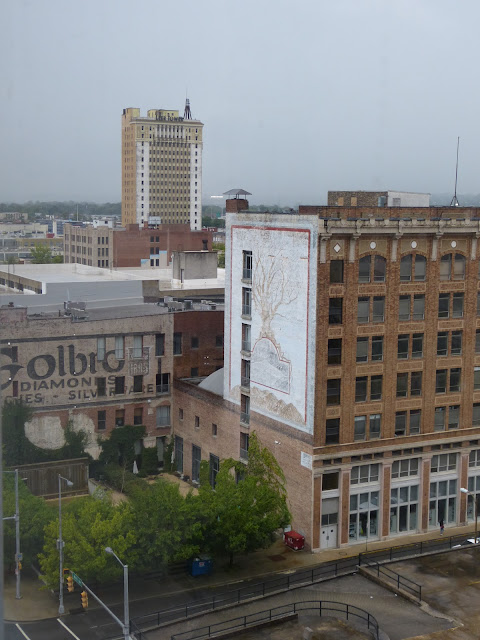 Something that I like and think is cool are the ads that are printed directly on the walls of buildings. I don't know if they are more common in the South but you see them both in larger cities and small town down here. 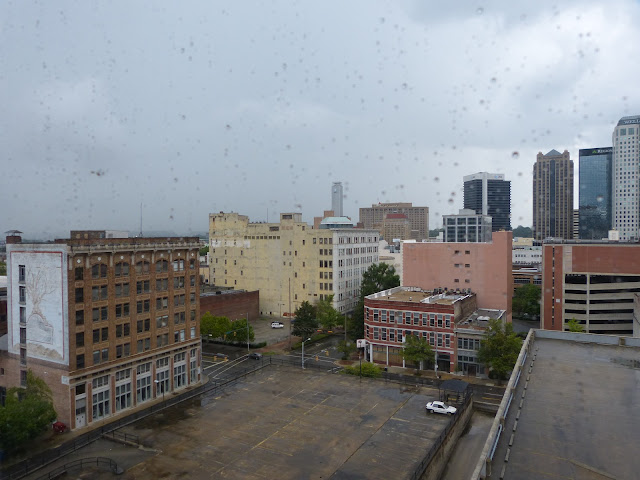 Hurricane Isaac did bring some really wet weather during our first week in Alabama. The humidity was like a warm blanket that covered the city. We had numerous showers coming and going for the first few days. Then while we were in Nashville there was a major transition in the weather and the hot humid air was gone over night. We got some very nice dry and cool air coming down from the north. Our second week was perfect weather wise. Blue skies, crisp fresh air and even if I just said cool air that still means nice Swedish summer temperatures. 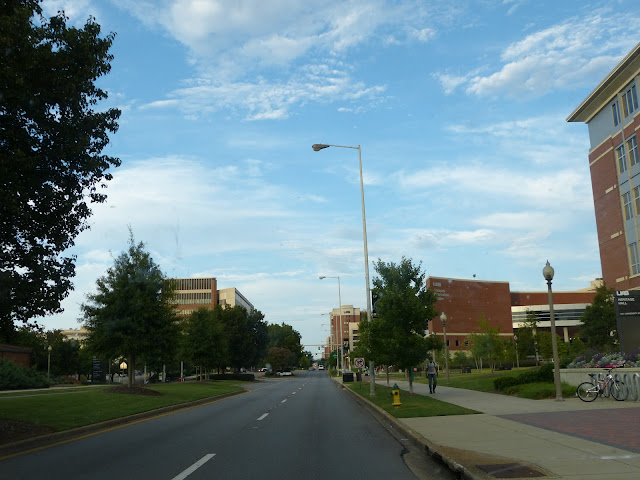 Down town Birmingham is on the south side all about the campus area. The northern and the southern parts of down town are divided by the rail road. The University of Alabama at Birmingham (UAB) is one of the largest employers of the city. A few new buildings as the Childrens hospital had been completed since we were here in spring last year. This is good old University Boulevard that we used to drive and walk back and forth on every day when we lived here and went to work. Drove past the rec center that was was kind of my second home. That is still the best gym ever to me. 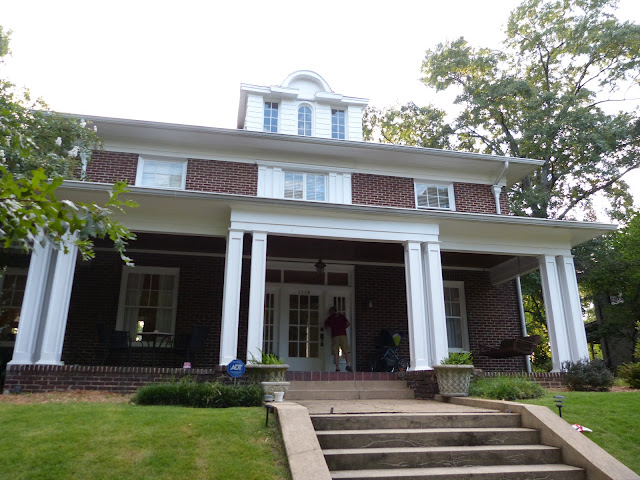 We went to visit our dear Swedish friends S and J that had bought a new home earlier this spring. A beautiful house and home. It is impossible not to just fall in love with that big beautiful Southern porch immediately right? A big home, a wonderful home. We are so happy for J and S. 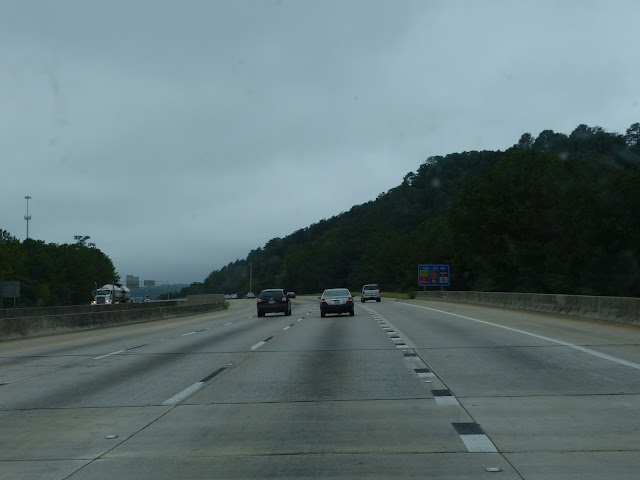 Grey skies and muggy weather due to Isaac. Going down I-65 that connects the southern suburbs with downtown. Again this used to be the road we drove on each day to get back and forth between home and work. Even if they have done major road work on some parts I-65 is still not good. It still has it's bumps and pot holes. Birmingham with it´s rolling hills located just at the foothill of the Appalachian mountains. 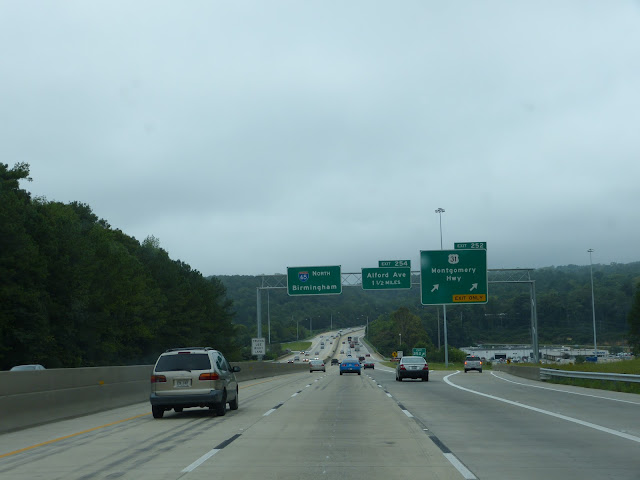 The Deep South turned out to be very green and lush. The hot and dry air that has affected many other parts of the country did not reach down here. Here it was all very green, very moist with all kinds of flowers in full bloom. The yards looked immpecable as they always do in our old neighborhood. 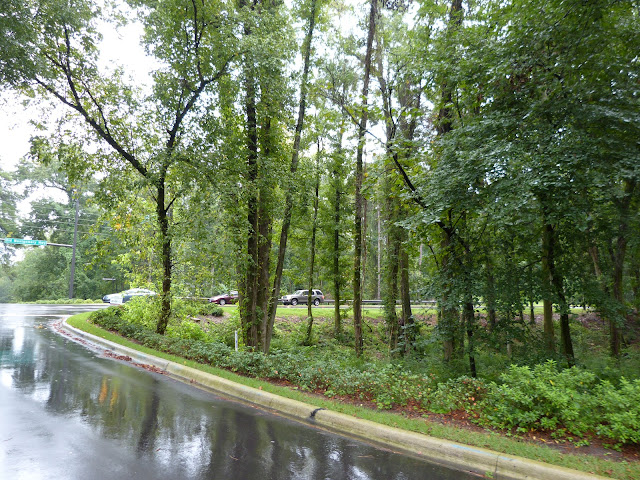