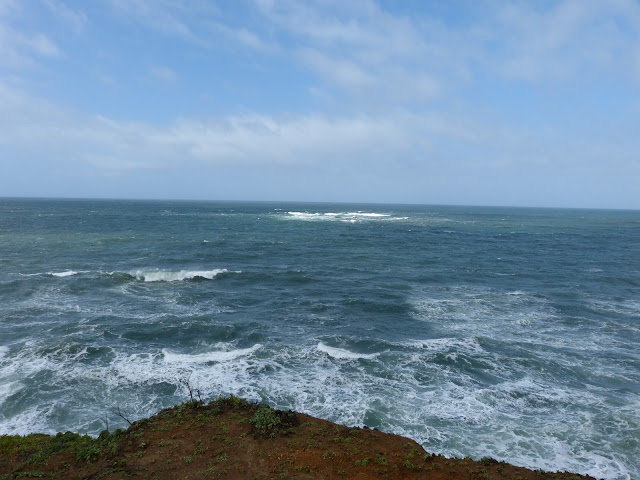 This morning we left Gualala ( I like saying that name for some reason) and continued on north on Hwy 1. When we woke up this morning the rain was pouring down and I felt surrounded by water as I listened both to the rumbling waves and the heavy rain drops falling on the window outside. However, it did stop raining and the clouds scattered and we were lucky enough to get both some blue skies and sunshine. 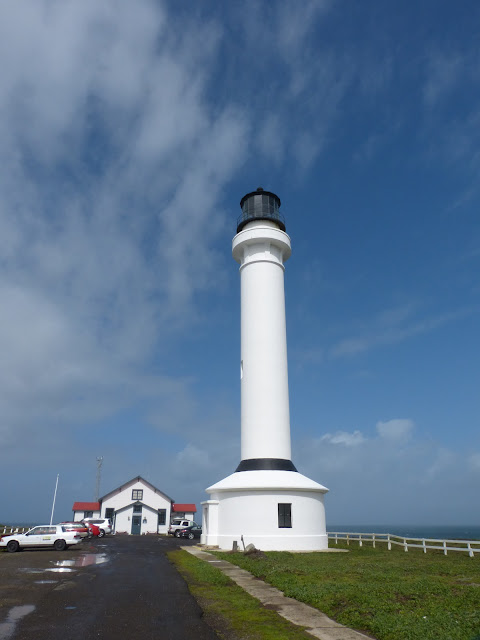 We made our first stop a long the way at the Point Arena's light house. There is a museum here and you are also able to visit and climb all the stairs to the top of the light house for an entrance fee of 7 dollars. That was well worth the money. I think there is something special about light houses. They have a beauty besides the stunning view that they provide if you can enter and get to the top. 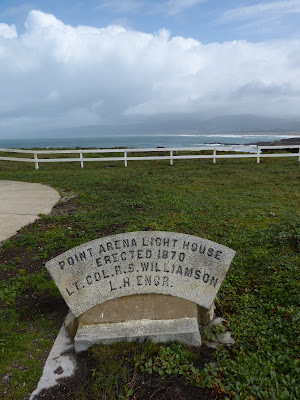 The Point Arena light house was built in 1870 but had to be torn down and rebuilt after the 1906 earth quake of San Francisco as it was severely damaged then. It is still an active light house that operates today making sure that the boats don't crash into the cliffs that surround it's coast. 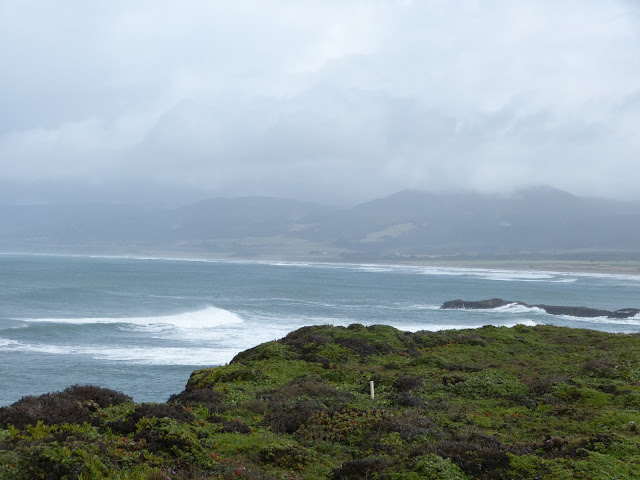 I must say we were very lucky with the weather turning out this good as we were driving a long the coast. When we checked the weather yesterday we had prepared our selves  for rain the entire day. But I actually read in a local newspaper this morning that this particular stretch of the coast that also is the western most point of the West coast has it's very own micro climate. The weather here is often clear even if it is foggy at other places a long the coast.


It is kind of cool having visited the very western most point on the West Coast. This is as close as you get to Hawaii without leaving the mainland on the 48 lower states. I asked the guide at the light house how long it would take to sail to Hawaii from here and he guessed it would take approximately a week. 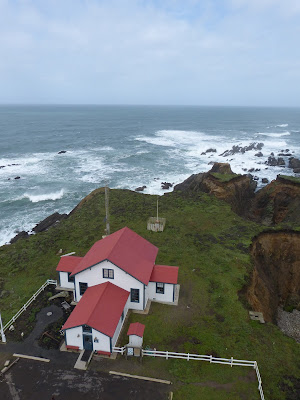 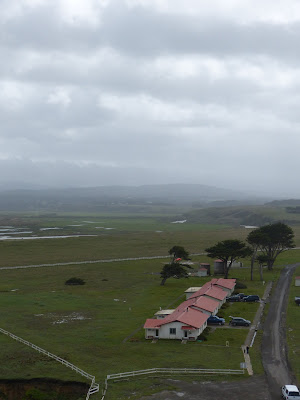 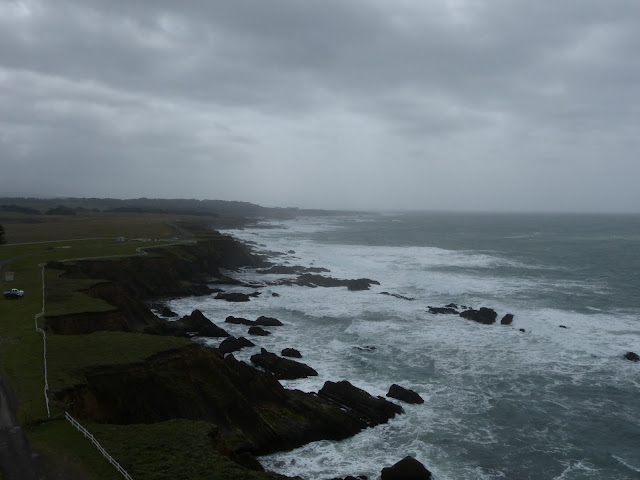 I just love this rugged norther coast of CA. You don't really come here to swim and sunbathe but more for the spectacular views. The ocean seems so wild and untamed here as the waves crash in over the cliffs. Now it is way to cold to go swimming but I don't think that I would attempt to swim here even if it was warmer. Besides the high waves and many cliffs there are also many strong currents here that can sweep you away. We have seen many warning signs on the beaches. Most of the coast stretch here does not have beaches, it consists of cliffs as you see on this picture. But I love this kinds of coast and landscape. 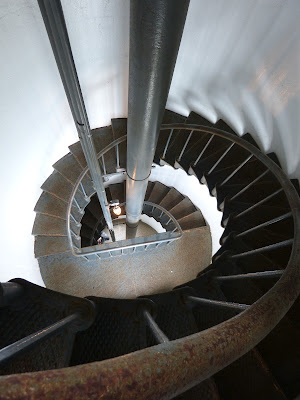 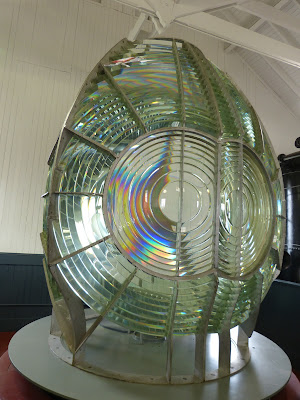 The light house in Point Arena also happens to be the highest light house on the West coast (115 feet in height). The number of stairs you have to climb are about 145 or something like that I think the guide said as we reached the top. Yes you do get slightly out of breath as you reach the top. 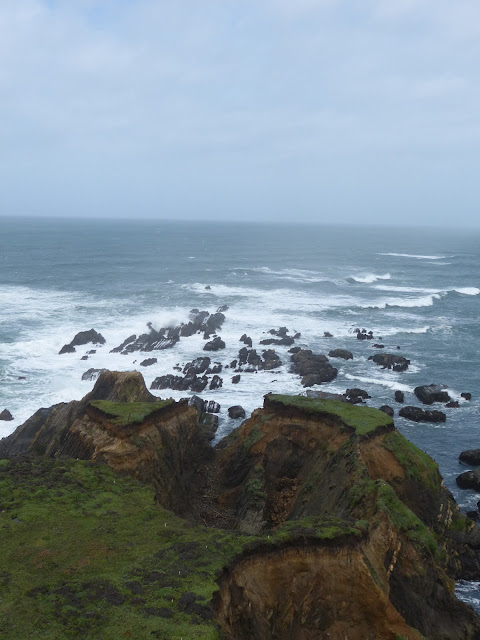 Something else that we learnt from the guide in the light house was that the San Andes fault that caused the 1906 earth quake of San Francisco actually cuts through this region not very far from Point Arena. 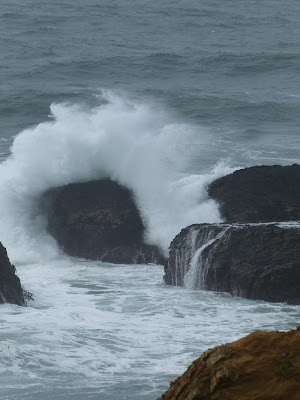 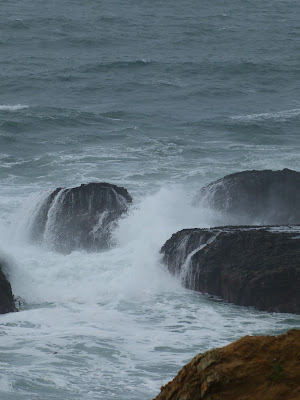 I love the sound of the roaring waves and the ocean spray they create as they hit the cliffs ending up in a fizzy white foam. The landscape and views are amazing. 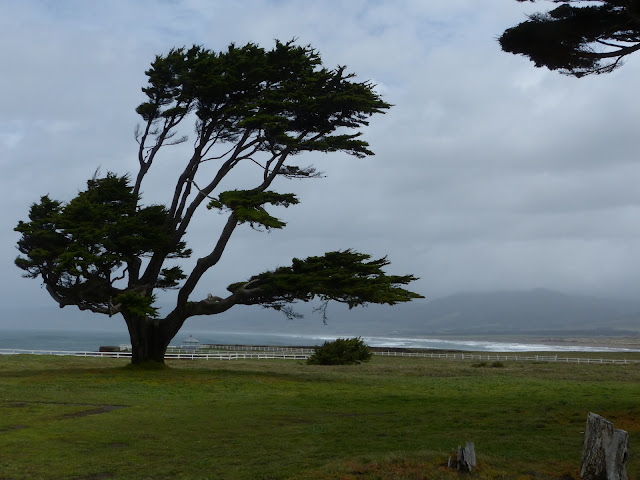 These trees are so characteristic of the West Coast being shaped by the winds. The wind was very strong today. There were moments when I almost thought I would get swept away. 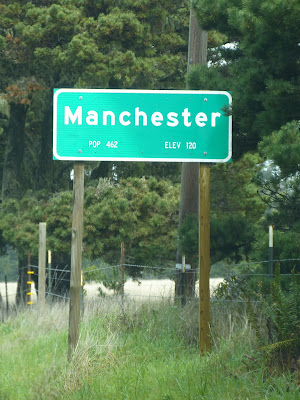 Another fun detail I noticed as we have been driving a long this northern most stretch of Hwy 1 are the signs of each little village stating the population that lives in each town as well as the elevation of the each little town. Most of the towns up here in the far northern end of CA have fewer than 1,000 inhabitants. We have passed towns that only have 50 inhabitants. 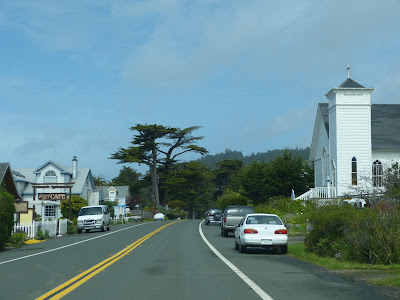 There are lot's of cute small town here that are filled with small shops, cafes and boutiques. 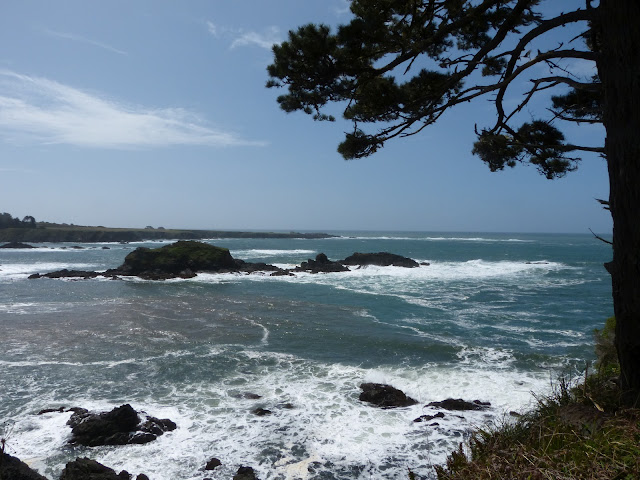 It is hard to stop taking pictures of these breath taking vistas a long the coast. This rugged and desolate coastal stretch with all it's mesmerizing views. I am totally in love with it. 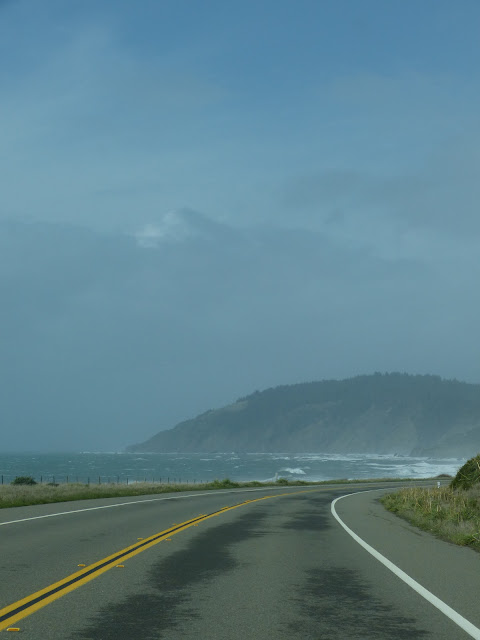 This is the most scenic road I have ever traveled a long. I think it is actually classified as one of the most scenic roads in the world. It is not hard to understand why as you get these stunning views and vistas. The road keeps many turns and twists. If you are the driver you are quite busy looking at the road most of the time because you have to. 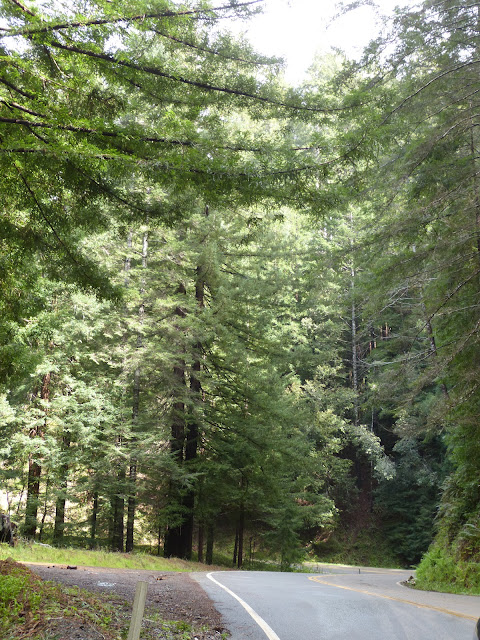 We reached the end of Hwy 1 and continued north on road 101. The road continued to twist and turn but leaving the coast and entering the more dense woods instead. The landscape changed quite dramatically. We passed some signs saying that the road was closed but I guess we did not realize that it actually was closed. We were suddenly stopped and came to something that looked like a construction site. It turned out there had been a massive land slide on the road and the road had to be cleared of mud before anyone could pass through. They had already been working for many hours and towing away about 40 full truck loads of mud. We had the option of turning around and choosing another road or waiting for a while until they had finished up. We decided to wait for a while. 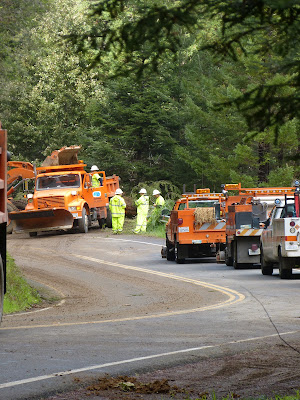 Again we were pretty lucky because we only had to wait about 20 minutes before they were done and had the road cleared enough so that we could pass. It has been raining a lot in this region and that is something you can see as you pass rivers. They are filled to the very brim with water. There are also a number of signs of flooding here and there. As we were driving through the woods the rain started pouring down again. With the gushing winds and heavy rain the wipers had to work at full speed to clear the wind shield. 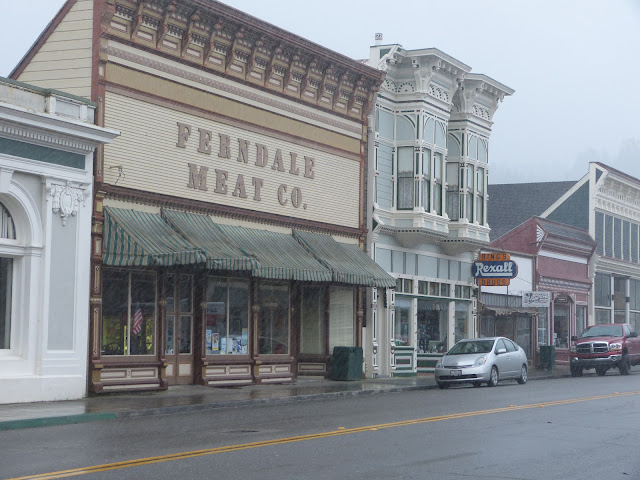 We also made a brief stop in the small town called Ferndale located close to Eureka. This small town is known for it's many beautiful Victorian homes and it's historic city center. The rain was pouring down so we just made this quick stop and we only had time for a very brief walk a long historic main street before becoming completely soaked. 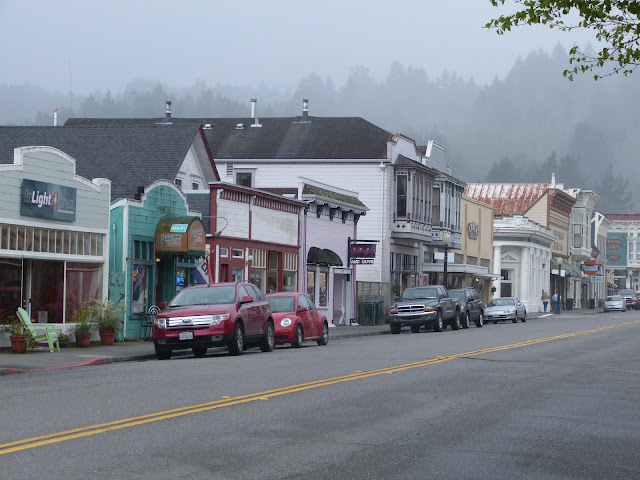 Now we are spending the night in a small town about a few miles north of Eureka. Tomorrow we are getting up early to get to the Red Wood National Park. That is something I look forward to a lot. We passed some stretches getting here with some pretty big and impressive trees. Even if we have seen the large Sequioas these Red Woods seem large and impressive in a different way. So it's going to be really cool to see them up close tomorrow.